15 Years To Life For Drunk Driving In California

You are here: Home / News / 15 Years To Life For Drunk Driving In California
January 8, 2016 by Editorial Staff 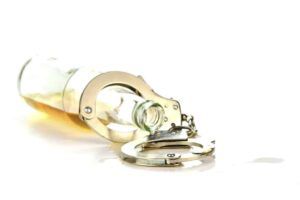 It wasn’t that long ago that people were denied access to what went on in a courtroom unless they went to the courthouse. It was way back during the O.J. Simpson trial that the cameras began to broadcast the legal proceedings of offenders on trial. Quite often these trial broadcasts provide some gut-wrenching scenes. For anyone watching the Alex Rubio trial, there were more than a few moments that were hard to watch, and the video is just another reminder that there are no winners when it comes to drunk driving in California or anywhere else.

Alex Rubio, a 26 year old man from Bakersfield, California, was on trial because he was driving under the influence (DUI) and caused a fatal crash in January 2014. He was driving approximately 118 mph when he struck the vehicle of 22-year-old Princess Almonidovar. When officers checked Rubio’s blood alcohol level it was found to be .14, almost double the legal limit.

With that combination of speed and alcohol, Almonidovar didn’t stand a chance and she died in the impact. Rubio attempted to flee the scene before he was caught and arrested on charges of driving under the influence of drugs and alcohol, felony hit and run, felony vehicular manslaughter, and resisting arrest.

Rubio has never had a previous DUI and is a young father, so he had a lot of support in the courtroom. He pleaded not guilty, but was found guilty on all charges including second-degree murder for drunk driving in California. Although the moment when someone is convicted of drunk driving and realizes he may be heading to jail for 15 years to life is normally a private one held behind closed doors, local news stations took an interest in the story and broadcast it on television.

Watching the video and seeing the offender scream and cry as he’s convicted should drive a point home for anyone tempted to get behind the wheel after drinking: there are no winners when you drink and drive, and the consequences really are beyond what you can imagine when you’re pondering whether you’re OK to get behind the wheel.

Baby On Board With Mom Who’s Drunk Driving In Florida
Next Post: Minnesota DWI Supreme Court Ruling Could Change Everything