Arrested For DUI After Police Read Her Facebook Messages

You are here: Home / Offbeat / Arrested For DUI After Police Read Her Facebook Messages
September 27, 2017 by Editorial Staff 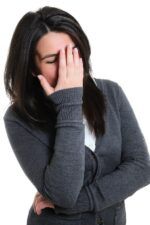 It’s a tale as old as time: someone posts something on their Facebook wall and it comes back to bite them. It can happen to anyone, and it did happen to a driver who was arrested for DUI recently. Her case is a good lesson for anyone who’s tempted to drink, drive, and then chat about it online.

She was involved in a crash near Troy, Michigan. She had been driving around one a.m. when she crashed into another vehicle. Instead of sticking around, she decided to abandon her car and walk away.

She checked into a nearby hotel where she told the front desk clerk that she’d been drinking, driving, and had crashed her car. When police arrived and questioned her she admitted to being in the crash but wouldn’t admit to driving the vehicle and wouldn’t say who had been driving.

Police noticed she had been using the hotel computer, and unfortunately for the driver, she had left the page open to her Facebook profile. The page showed she had been sending messages to a friend that detailed the crash and admitted she was drunk.

At that point she submitted to a breathalyzer test and was found to have a blood alcohol content (BAC) of 0.12. She was charged with operating a motor vehicle while under the influence of alcohol, leaving the scene of a crash, and driving on an expired license.

There are a few lessons you can take away from this case. One, don’t drink and drive. If she would have been sober she may not have crashed in the first place. Two, don’t drive on a suspended driver’s license. It’s for this very reason that many states have all offender ignition interlock laws for anyone arrested for DUI, and it’s far better to obtain a restricted license and drive with an interlock than take your chances.

Last, but not least, what you post online stays online, so don’t feel as though it’s safe to talk about you drunk driving on Facebook or anywhere else. It could come back to haunt you.

PSAs In Virtual World Could Stop Someone From Being Arrested For DUI
Next Post: FYI: Sometimes You’re Not Just Charged With Drunk Driving