What Is A Hardship License?

You are here: Home / Resources / What Is A Hardship License?
October 19, 2015 by Editorial Staff 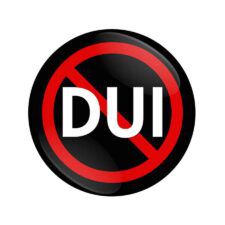 If you ask someone charged with drunk driving what the hardest part of a driving under the influence (DUI) conviction is, they will probably tell you it’s the drivers license suspension. Not being able to drive to work, to school, or to get your family around can be very difficult for someone who is used to the freedom of driving, and on top of that it’s embarrassing and expensive.

Depending on what state you’re in, you could be eligible to get your drivers license back before your period of license suspension is up. A hardship license will be issued to someone who has had their drivers license revoked, and it will only allow you to drive under certain circumstances or provided you install an ignition interlock device in your vehicle.

The requirements to receive a hardship license vary, and you’ll most likely have to prove that you’re enduring hardship because you no longer have a drivers license. Some states require you to send in a written request while others require that you take drug and alcohol counseling.

When you’ve been approved, you’ll be notified as to the restrictions that come with your hardship drivers license. You may be required to install an ignition interlock device immediately upon receiving your hardship license, or you may only be allowed to drive to and from work.

Once you’ve been driving with a restricted license, you aren’t going to want to lose it for any reason. Violating the restrictions of the license means it could be revoked, and once it is you won’t be able to get it back. Some states also require that you go back to square one as far as duration of drivers license suspension too.

Having a hardship license doesn’t mean you’re off the hook for driving under the influence (DUI), but just like ignition interlock devices, it can be looked at like a lifeline after you’ve made a really bad decision. If you’re fortunate enough to qualify for a hardship license, take the opportunity and get your life back on track.