Could Ignition Interlock Laws Sweep The Country This Year?

You are here: Home / Law / Could Ignition Interlock Laws Sweep The Country This Year?
July 24, 2017 by Editorial Staff 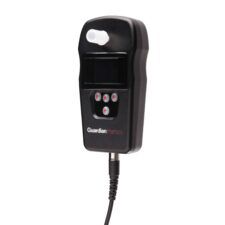 Ignition interlock laws have officially begun to take over the nation, and although there have been a few bumps in the road for some states, 2017 could be the year that the majority of states make the decision to require all drunk driving offenders to use the device.

Here are a few updates in the world of ignition interlock laws.

It won’t be effective until November 1st, 2017, but Oklahoma State Bill 643 has crossed the desk of the Governor and received the signature required to make it law. There are a few things that this new law will put into place in Oklahoma. To start, Oklahoma will now require ignition interlocks for every offender including first times offenders who are arrested with a blood alcohol concentration (BAC) of .08 or over.

The new law will also create an Impaired Driver Accountability Program (IDAP), and that program will assist any first-time offender with rehabilitation while they are using their ignition interlock.

Ignition interlock laws are scheduled to change in Nevada thanks to a new bill that’s just been signed. Senate Bill 259 was signed into law by the Governor and will be in effect as of October 1st, 2018.

The summer is still young, and these are just two ignition interlock laws that have been signed into law over the past month. Could there be more before the summer is out?