Ignition Interlocks Are The Only Choice That Makes Sense, Wisconsin

You are here: Home / Law / Ignition Interlocks Are The Only Choice That Makes Sense, Wisconsin
April 5, 2016 by Matt Talley 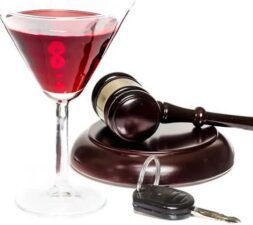 If you lived in a state where drunk driving was a huge problem, wouldn’t you want a law that requires ignition interlocks for anyone who drinks and drives? Apparently not if you’re living in Wisconsin. The state where a first time drunk driving offender gets nothing more than a traffic ticket is exploring the idea of allowing offenders to skip the required ignition interlock program in favor of 24/7 Sobriety: a sobriety monitoring program that gets the offender to take a breath or urine test twice a day at home or at a specific location.

Forgoing ignition interlocks, a proven method of stopping drunk drivers, for 24/7 Sobriety is not like exchanging apples for apples. The average American drives at least 37 miles per day, and the ignition interlock will stop someone who is drunk from getting behind the wheel of a 4,000 pound machine and potentially crashing it into someone else.

24/7 Sobriety can’t do that. The program might stop someone from drinking alcohol, but if that person has alcohol dependence like so many repeat drunk drivers do, the possibility of that person drinking between tests is strong. If they relapse, there’s absolutely nothing stopping that person from driving.

If Wisconsin lawmakers wanted to see a real reduction in their drunk driving deaths, they’d spend their time enforcing ignition interlock compliance. As it stands right now, just over half of the ignition interlocks required in Wisconsin were installed, and that means the state already has a proven program that stops drunk drivers: they’re just forcing people to use it.

If you’re from Wisconsin or you’re concerned about the state of drunk driving in Wisconsin, you have the chance to have your voice heard. Sign MADD’s petition to oppose replacing ignition interlocks with 24/7 Sobriety. It’s one step you can take to send a strong message to lawmakers: ignition interlocks work, and Wisconsin really needs them.