Drinking And Driving In Florida? Leave The Kids At Home

You are here: Home / News / Drinking And Driving In Florida? Leave The Kids At Home
February 8, 2016 by Matt Talley 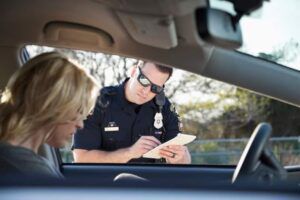 There is a lot of drinking and driving in Florida, and the state is so well known for DUI that cases like the bikini wearing drinking and driving Grandma and the man who decided to drink and drive naked don’t even raise an eyebrow. Florida is also known as a state where a lot of parents take their kids along when they drink and drive, but what you don’t always hear about are stories that feature the kids jumping out of the vehicle because the parent was driving drunk.

That’s exactly what happened when a Gainsville, Florida mother took her child and his 3 friends out for the evening where she spent some time drinking at a bowling alley then drove to a Ruby Tuesday to continue drinking. After the Ruby Tuesday the children say she began swerving all over the road and hit a pole, breaking off the mirror on her car. Once she came to a stop the kids jumped out of the car and ran into a Steak n’ Shake.

Inside the restaurant the kids were screaming for help, so witnesses dialed 911. When the mother showed up in the restaurant she was screaming and trying to get the children to leave with her, but police showed up so the kids ran to them for protection while they assessed the visibly intoxicated mother. She was arrested shortly after and received multiple charges including four felony counts of child neglect and drug possession.

Not every DUI case in Florida ends with the kids running away from the vehicle, but in this case it’s probably a good thing they did. The pending charges against her are a wake up call for all parents who might think it’s a good idea to bring their kids along for the ride after they’ve been drinking. Anyone who does puts their child’s life in danger from the moment the engine starts.

Say Goodbye To the Crown When You’re Stopped For Drunk Driving
Next Post: Are Scarlet Letter Plates Coming To Mississippi?