Drunk Drivers Out In Full Force On Labor Day

You are here: Home / General Information / Drunk Drivers Out In Full Force On Labor Day
September 1, 2015 by Matt Talley 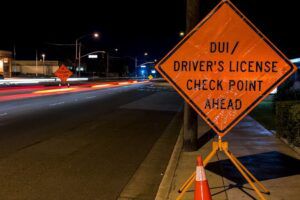 Labor Day means a lot of different things to different people. For some, it’s the final long weekend of summer, with no long weekends in sight until Thanksgiving. For others, it’s the beginning of the new school year, and it’s something to alternately look forward to or dread. But for drivers commuting to an end of summer party or weekend at the beach, Labor Day kicks off one of the deadliest weekends of the entire year. That’s because more drunk drivers are on the road during the busy end of summer weekend than almost any other time.

The meaning of Labor Day

Labor Day wasn’t always a time when law enforcement are stretched to their limit running checkpoints and stopping drunk drivers. The day was originally proposed way back in 1882 by the Central Labor Union of New York, and the purpose of the day was to give tribute to the working class who had built the country. It wasn’t until 1894 that it was officially declared a legal holiday, falling on the first Monday of every September.

Most people don’t think about Labor Day as a tribute to the working class anymore, but you’ll still find people out celebrating the official end of summer. That’s all well and good, but problems can start if those people decide to celebrate then get behind the wheel after drinking alcohol.

According to the National Highway Traffic Safety Administration (NHTSA), a lot of people are doing just that. Traffic fatalities spike during certain periods each year, and in 2012 the top 2 holidays where there were the most motor vehicle crashes were Thanksgiving Day followed closely by Labor Day.

This Labor Day, when you’re tempted to get behind the wheel after having only one or two drinks, remember that it’s one of the deadliest days to be on the road. Why not end your summer on a high note instead of in a jail cell and find a sober driver if you’ve been drinking.

Repeat Illinois DUI Offenders Get 5 Years With Ignition Interlock
Next Post: Is Your Pilot Drunk? »