Drunk Driving Conviction In Oklahoma? This Could Affect You.

You are here: Home / Law / Drunk Driving Conviction In Oklahoma? This Could Affect You.
April 18, 2016 by Matt Talley 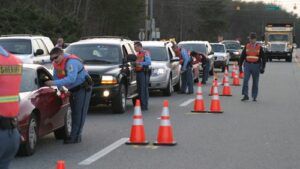 That’s because small city courts aren’t actually courts of record, so these small cities aren’t required to submit these convictions to a district court. It’s the district courts who keep track of drunk driving convictions all across Oklahoma, so DUI offenders could be getting off more easily if they receive multiple convictions in different areas.

But that’s all about to change now that a new bill is on the table. House Bill 3146, also known as the Impaired Driving Elimination Act, has passed the Oklahoma House of Representatives and is now on its way to the Senate. The bill would require that any offender charged with DUI in an area with a small city court also have their charge filed in a district court. This will create a universal database that police can rely on when they make their arrests.

Why is this so important in Oklahoma? If someone drinks and drives in Oklahoma, there are no aggravating factors like bodily injury or death of another person, and they are charged in a small city court, that offender will receive a misdemeanor.

But if that same person is charged for a repeat DUI, they’ve crashed and killed someone, they have a child in the car at the time of the offense, or it’s their third or more DUI offense, they could receive a felony charge in Oklahoma. It goes without saying that having a felony on record is a huge step up from a misdemeanor, but without the database, some offenders records don’t show up and they are able to skirt the felony charge.

House Bill 3146 is on its way to the Senate. Let’s hope it passes and everyone with a drunk driving conviction in Oklahoma is held accountable for their decision to drink and drive.