The Ins And Outs Of A Drunk Driving Offense In California

You are here: Home / Law / The Ins And Outs Of A Drunk Driving Offense In California
March 22, 2017 by Matt Talley 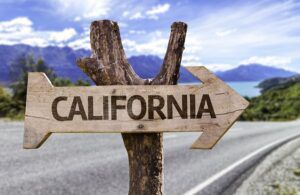 If you’ve never been convicted of a drunk driving offense in California, you might find the legal proceedings hard to navigate. The first thing you’ll need to understand is that a driving under the influence (DUI) charge in California is actually a criminal offense that may require a trial, not a traffic violation that would only require a suspension and possibly a fine payment.

Another thing you’ll need to understand is that, because it’s a criminal charge, a first drunk driving offense in California will most likely end up as a misdemeanor and it will stay on your permanent record.

Not all DUIs in California are created equal, and the penalty process depends on what you’re charged with. Here’s a look at few types of DUIs in the state.

If you’re arrested for the first time in California and you’re fortunate enough to not have injured or killed someone, you’ll receive up to six months in jail, pay fines up to $3600 including penalty assessments, and six months driver’s license suspension. You may also be required to install an ignition interlock depending on what county you’re in.

A second and third drunk driving offense in California are similar, and you’ll spend up to one year in jail, pay fines and penalty assessments up to $18,000, and receive a driver’s license suspension. You’ll be required to install an ignition interlock in any vehicle you own.

Now that you know that a drunk driving offense in California isn’t just a traffic violation, that it could cost you as much as if you were buying a new car, and that you’ll spend a significant amount of your time in jail, do you still want to drink and drive?