Give Thanks And Drive Sober This Holiday Weekend

You are here: Home / General Information / Give Thanks And Drive Sober This Holiday Weekend
November 24, 2014 by Matt Talley 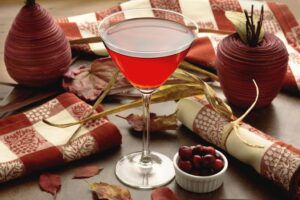 Can’t wait for the holidays? It’s getting colder outside, the stores are decked out with holiday decorations, and there’s a festive feeling in the air. But don’t let that festive feeling take hold of you when it comes to drinking and driving, because starting right now there will be roadblocks and police out in full force checking for drunk drivers.

Although at different times for different locations, police have started their annual crackdowns in anticipation of the busy holiday season. For example, Livingston County in New York will begin their crackdown on November 26th, and in parts of Maryland, the DUI crackdown begins now and runs until January 10th. You can check with your local police station for DUI crackdown details.

These precautionary measures are warranted. The National Highway Traffic Safety Administration (NHTSA) released statistics showing that in 2012, 416 people died in crashes during the Thanksgiving weekend, and 42% of those crashes were alcohol-related.

If you manage to avoid a crash and are pulled over on suspicion for DUI, you’re in for quite a few roadblocks of your own. Depending on your state, you’ll lose your license, could have your vehicle impounded, may spend time in jail, be required to pay fines, and even if you’re a first time offender, may be required to install an ignition interlock device in any vehicle you drive.

This is just the start of the holiday season crack down for many areas across the United States. The police will be out in full force checking for seat belts and ensuring that drivers are sober. If you’re heading out this holiday season to visit with friends and family, do yourself and everyone on the road a favor – don’t drink and drive.