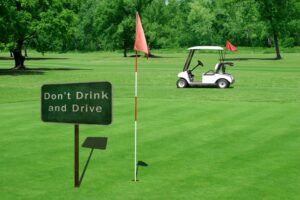 If there’s one thing that’s true about Florida, it’s that the rate of Florida drunk drivers never seems to slow down. It doesn’t matter what county you’re in or which part of the city you’re driving in; odds are that you or someone you know will come in contact with a drunk driver, and it could be in the strangest places.

Here’s a look at a few of the unusual situations Florida drunk drivers have gotten themselves into lately.

Most people don’t think of a golf cart as a vehicle, but according to Florida drunk driving laws, you can and will be arrested for DUI if you drive drunk on a golf cart. One woman in Palm Beach didn’t take that seriously, and after witnesses watched her drive her golf cart over the curb and into traffic, she was stopped by police.

The officer asked her if she was drinking and her reply was, “Do we have to do this?” Unfortunately for her, the answer to that was yes. After a breathalyzer showed her blood alcohol concentration (BAC) was three times the legal limit, she was charged with drunk driving on a golf cart.

Gainesville mother arrested with kids in the car

Not only was she drunk, when asked to take a breathalyzer test police found she was four times the legal limit of .08. With a BAC that high, she wasn’t just at risk of crashing and killing her children, she was also close to having alcohol poisoning.

Until Florida joins the thirty other states who have signed on for an all offender law, Florida drunk drivers will be out on the roads, and situations like these will become even more common than they already are.

DUI In California? You Can Go To Jail Without Crashing
Next Post: Could Ignition Interlock Laws Sweep The Country This Year?