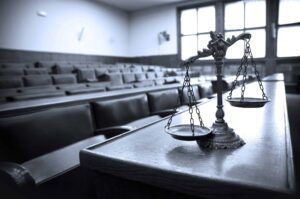 A Florida DUI case will usually hit the docket within a few months of someone’s drunk driving arrest, but it’s not unheard of for a case to drag on for a year or more depending on how overburdened the court system is in the state.

It’s also not unheard of for someone arrested for drunk driving to contest their arrest, but one Florida DUI case may hit the record books for length of time it’s taken to contest a legal ruling. The defendant in this case is John Goodman, a Palm Beach County, Florida millionaire who was convicted of DUI manslaughter.

He was arrested for DUI on February 12th , 2010 after he ran a stop sign and crashed into the vehicle of Scott Patrick Wilson. Wilson was only 23 years old at the time, and the impact of the crash sent his vehicle into a nearby canal where he drowned.

When police took Goodman’s blood alcohol content (BAC) at the time of the crash, they found he was almost double the legal limit of .08. He was convicted of DUI manslaughter in 2012 and sentenced to 16 years in prison, but he remained free on bail pending his appeal. He finally went to jail in October 2014 after a judge reinstated his original prison sentence and required him to begin serving it immediately.

Goodman didn’t stop there. Because he believed there were specific problems with testing rules and procedures, he sought to exclude his blood-alcohol test results. He took his case to an administrative law judge, the Fourth District Court of Appeal, and now he’s taking it all the way to the Supreme Court of Florida.

He and his lawyers don’t believe implied consent should apply in a Florida DUI case. Implied consent is an understanding that, if you accept a driver’s license in your state, you agree to submit to blood, breath, or urine tests should a police officer suspect you of drunk driving. This type of testing is regulated for reliability, and that’s why these test results are able to stand up in court time and time again.

Will Goodman’s DUI case pass muster with the Supreme Court of Florida? Given that every other court has turned him down, his odds aren’t great. What this case will do is one of two things: establish that the court believes that implied consent is alive and well in Florida, or it will show the state of Florida they have more work to do when they process drunk drivers.