When Will Lawmakers Pass A Florida Ignition Interlock Bill?

You are here: Home / Law / When Will Lawmakers Pass A Florida Ignition Interlock Bill?
November 21, 2017 by Matt Talley 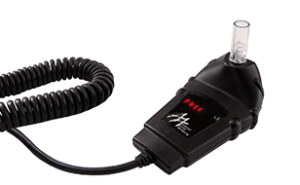 Why would a state pass up an opportunity to crack down on their drunk driving problem? When you consider how significant Florida’s drunk driving problem is, it’s surprising that lawmakers just let the Florida ignition interlock bill die before it could make it to the Governor’s desk.

There’s a major difference between the Florida ignition interlock law they have in place and  what an offender ignition interlock law would bring to the table. Right now if you’re stopped for drunk driving in Florida and it’s your first offense you will only be required to use an interlock if you meet one of two conditions:  if you’re blood alcohol content (BAC) is 0.15 or higher or if you have a minor under the age of 18 in your vehicle at the time of arrest. You’ll also only be required to use an interlock for six months.

Just how badly is a Florida ignition interlock bill needed? One repeat drunk driver from Marion County, Florida provides the perfect example of what’s going on in the state. She was arrested for DUI four years ago and when she was convicted based on a near lethal BAC of .410, she told the judge that she was going to get help so it didn’t happen again.

Just this year she drove drunk again, and this time, just like many other repeat drunk drivers, she killed someone. Once again her BAC at the time of arrest was .402, and now she’s facing DUI manslaughter charges.

If Florida had an all offender interlock law four years ago, this offender would have driven with an interlock and may not have decided to drive drunk again. There’s also no way of knowing how many times she’s been driving drunk in those four years, and that’s why it’s important to use interlocks the first time someone is arrested.

Let’s hope the Florida ignition interlock bill will live again, and the state will decide to pass this life saving law.