Florida Woman Reports Drunk Driver, Gets Crashed Into Herself

You are here: Home / Offbeat / Florida Woman Reports Drunk Driver, Gets Crashed Into Herself
September 19, 2017 by Matt Talley 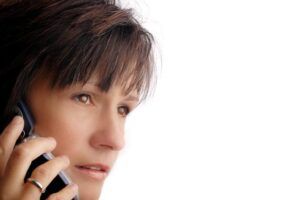 Police encourage concerned citizens to report a drunk driver by dialing 911, but there are always a few warnings attached: driving behind or beside someone who is driving drunk can be extremely dangerous, so when you decide to report a drunk driver you should keep a safe distance, describe the landmarks around you, and always defer to the dispatcher’s advice about what to do once you’ve relayed the information.

A woman in Fort Myers, Florida might be wishing she’d done just that after she called in to report a drunk driver recently. She dialed 911 around two in the afternoon after spotting someone who was driving erratically, and she and her two passengers followed along behind the driver for nine minutes while her friend filmed the suspected drunk driver for Facebook Live.

After they witnessed the drunk driver crash into a bridge wall on a busy highway, they decided to pull the car right in front of the drunk driver’s car to stop her from crashing into someone. When she did that she made the drunk driver put on the brakes and stop right in the center of the road, but instead of stoppping she drove her car straight into the witness’s vehicle.

It’s tragic irony that the person who reported her for drunk driving was crashed into by that very same driver, and thankfully no one was seriously injured. For her part the drunk driver was charged with driving under the influence, driving on a suspended license, driving without insurance, and careless driving.

The witness was praised by police for calling 911, but they’d like to send out a strong advisory to anyone who might be tempted to do the same thing: it’s dangerous to stop a drunk driver on your own, so get the license plate, location, and any other information on the vehicle, but don’t put your life at risk trying to prevent them from driving.

MADD Wants Stricter South Carolina DUI Penalties
Next Post: The Battle Against Drugged Driving Is On In Every State