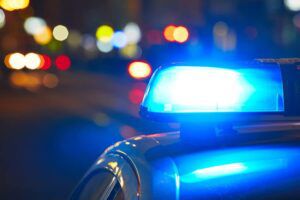 What’s surprising is that Florida, a state that has more than its fair share of crazy drunk driving stories, has earned the 17th spot this year.

If Florida would like to move up on the list, here’s how Florida penalties contrast with Arizona, the state that ranks number one in the strictest states for DUI.

No minimum jail time for a first offender in Florida

Florida doesn’t require minimum jail time for a first DUI offense. Arizona, on the other hand, requires any first offender to spend 10 days in jail.

Jail time is required for a second offense in Florida, while Arizona requires up to 90 days of jail time for a second DUI offense.

A third DUI offense is a felony

Just like in Arizona, Florida has required that a third DUI offense is an automatic felony.

The lookback period in Florida is 10 years

How long should the lookback period, when a previous DUI is still relevant to a new conviction, be for all states? Like most states, Florida sticks to the 10 year rule, and Arizona lags behind by requiring only seven years for the DUI to wash out.

Ignition interlocks for all offenders

Florida could make a huge leap on the list if they required ignition interlocks for first offenders. Unfortunately, a bill that could have done this in Florida died before it managed to work its way through the proper channels. Arizona does require interlocks for all offenders, and has been watching their DUI stats fall for many years because of it.

Florida, with its vacation vibe and golf cart transportation system, has always had a serious problem with DUI. It’s struggled within its penalty system to deal with its drunk driving offenders, and if the ranking for the strictest states for DUI shows lawmakers and law enforcement anything, it’s that there’s a lot of room to improve.