Friday fallout: Here’s What Happens When You Lose Rideshare Services

You are here: Home / General Information / Friday fallout: Here’s What Happens When You Lose Rideshare Services
January 27, 2017 by Matt Talley 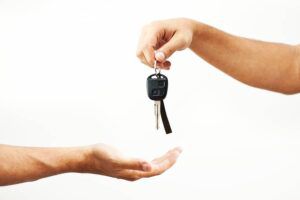 When it comes to rideshare services in Austin, Texas, there aren’t a lot of options. That’s because both Uber and Lyft pulled out of the city back in May of 2016.

Why? It all came down to ride sharing regulations imposed upon the companies from the city of Austin, and although Austin did it with the best of intentions, removing ridesharing services as an option for drunk drivers has backfired. Since Austin’s ride sharing network has picked up and left town, one thing has become clear.

According to data from the Austin Police Department, there was an average of 525 drunk driving arrests per month before Uber. A year after Uber came to town, that number had dropped by five percent. The following year they saw an even greater decrease with the number dropping by another twelve percent, averaging out at 438 per month.

Those aren’t just numbers; that’s a decrease of 87 arrests, and because anything can happen when you’re driving drunk, that number can also add up to fewer drunk driving deaths in Austin.

Contrast that data with the data that came in after May 2016, the month Uber and Lyft decided to leave Austin. By that point Uber had been in Austin for two years and drunk driving arrests averaged at 358 per month. Within a few months drunk driving arrests increased by seven and a half percent over the past six months.

Ride sharing is widely known as a safe, convenient way to get home after a night of drinking. Thousands of people use the service every day, and having it suddenly pulled out from your city would be a difficult thing to adjust to. Given the statistics, maybe it’s time for Austin to take another look at their rideshare service restrictions and how they can make it work with rideshare companies.