One Month, One County, Hundreds Of Texas Drunk Driving Arrests

You are here: Home / General Information / One Month, One County, Hundreds Of Texas Drunk Driving Arrests
February 5, 2018 by Matt Talley 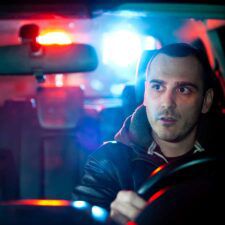 If you’ve followed Texas drunk driving laws over the past few years, you know that the state has really tried to address the growing problem of drunk drivers. They’ve struggled with losing ride sharing services in a major city, added ignition interlocks for all offenders, and attempted mass DWI checkpoints over the busy holiday season to arrest anyone who drives while intoxicated.

The efforts put forth by lawmakers and police officers appear to be working overall, but one county in Texas is still proving to be a problem. Montgomery County logged more Texas drunk driving arrests during the 2017 holiday season than they did in the last two years.

Why would a county see such a significant increase over a three-year period? For Montgomery County, it’s not that surprising. This county has been at the top of the list for Texas drunk driving arrests for several years, and DWI is the most popular offense in the area. According to one article, they generally log between 2,000 and 2,500 DWI cases every year. Police also believe that country roads play a factor. They’ve said that 74% of Montgomery County DWI crashes have happened in isolated or rural areas.

No matter what the reason, there’s one sure way to stop a drunk driving offender from continuing to drive after he or she is convicted of DWI. An ignition interlock—a device that requires an offender to blow an alcohol-free breath sample into it before the car will start, is required for all first-time offenders in every county in the state of Texas.