Here’s Why You Should Take Maryland Ignition Interlock Law Seriously

You are here: Home / News / Here’s Why You Should Take Maryland Ignition Interlock Law Seriously
November 15, 2017 by Editorial Staff 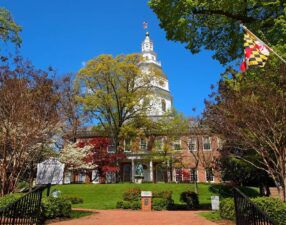 It’s a extreme example, but one that’s worth paying attention to. One Maryland woman killed two men in a drunk driving crash back in 2009, and she was sentenced to jail for her crime. She served four years and was released early with the condition she install and use an ignition interlock, she remain on probation, and she was not to drink alcohol.

Instead of sticking to the terms of her probation, she violated it by drinking alcohol. How did the judge know she did that? It was thanks to her ignition interlock. She blew into it and locked it 10 different times because she had alcohol on her breath.

In her defense, the woman claimed that it was Altoids that resulted in the ignition interlock failures. Fortunately, the judge didn’t buy that excuse. He called her a liar and sent her back to prison for 16 more years.

Clearly the Maryland ignition interlock law is working in the state. Also known as Noah’s Law, it was passed one year ago after Officer Noah Leotta’s family waged a long battle to bring it to Maryland. Noah’s Law requires that all drunk driving offenders — including first time offenders with a BAC of .08 or higher, use the device in any vehicle they drive.

If this offender would not have been required to install an ignition interlock as part of her probation, she could have drove drunk again and killed someone else in the process. Now she’ll be spending an additional 16 years in prison considering why she would make the choice to drive drunk again.