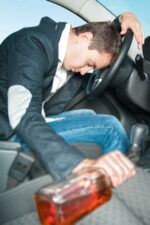 Drunk driving arrests and crashes are often part of the daily news, and sometimes those stories are labeled ‘crazy’ or ‘dumb’ by the people who cover them. One recent story on local news site covered Minnesota drunk driving arrests, and according to the Minnesota Department of Public Safety, the following arrests are as dumb as it gets.

You’d think if you were about to appear in front of a judge for a DWI arrest, you’d make it a point to be clean and sober. That wasn’t the case for one Minnesota drunk driving offender. He was arrested after he refused the breathalyzer. The next day, as he was about to appear in court, a breath test was taken and he had a blood alcohol content (BAC) of .24. That’s triple the legal limit of .08, and it’s baffling as to why he decided that was the condition he wanted to be in when he appeared in front of the judge.

It sounds like Minnesota police have their hands full, especially during the holidays. When the Department of Public Safety shared these reports they also revealed that the number of Minnesota drunk driving arrests were up this year over the last. That could be because the state doesn’t require ignition interlocks for all offenders.

Let’s hope this is the year Minnesota passes an all offender law. There’s a real need to curb drunk driving rates in this state, and when you require interlocks for all offenders, you can put a stop to many of these crazy drunk driving stories.