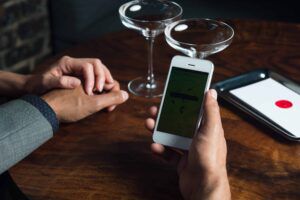 Since New Mexico passed its ignition interlock law they’ve seen a significant decrease in drunk driving deaths overall. But alcohol-related crashes still happen. One drunk driving crash in Albuquerque has prompted a man to create an Uber program to save lives.

It was two years ago when three people, Grace Sinfield and brothers Roberto Mendez and Sergio Mendez-Aguire, were struck and killed by a drunk driver. Instead of becoming overwhelmed by the grief, a friend of the brothers decided to channel that pain into a program he called the Mendez Uber Program.

He decided to partner up his workplace, ABQ Live The Magazine, and with the SandBar Brewery and Grill to create the program. It’s designed to give patrons a free ride home via Uber after they’ve been drinking.

If you are a group of three or more people heading to the SandBar for a night out, you’ll need to use Uber to get there. When you arrive you show your server your Uber receipt and when it’s time to leave, the server will enter a promo code on your phone to give you a $15 Uber coupon. That coupon is usually enough to get most people home, and it’s a great incentive for patrons who want to avoid the possibility of driving drunk.

In New Mexico, just like in all states, the goal is to continually decrease drunk driving deaths until they’re a thing of the past. Along with ignition interlock devices to stop convicted drunk drivers from driving their vehicles, ride sharing is one of the best ways to keep drunk drivers off the roads.

If this ride sharing program is seeing success at only one bar, imagine how many lives it could save if it became a part of every nightclub and every pub’s responsible serving program. Preventing more alcohol-related deaths in this way is the best way anyone can honor the memory of someone lost to drunk driving.