You are here: Home / Law / Unconscious Blood No Longer Allowed In Pennsylvania
August 10, 2017 by Matt Talley 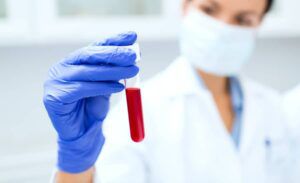 A drunk driving arrest and conviction isn’t as cut and dried as it looks on TV. When you’re watching a TV show and a police officer arrests someone, all you see is the offender heading off to jail in the back of the squad car. Watching it you get the idea that all is well and the roads are now safer.

But that’s not a drunk driving arrest works. In order to prosecute someone for drunk driving the police have to prove in a court of law that the driver was under the influence. To do that they need evidence that supports the reason they suspected that person of driving drunk in the first place.

That evidence includes blood taken from a suspect to assess blood alcohol content (BAC), and thanks to a recent Pennsylvania Supreme Court ruling, obtaining a BAC is going to be a little harder from now on. The court ruled that law enforcement must obtain a search warrant before blood is drawn from an unconscious suspect.

This ruling came to be because of a drunk driving case from 2012. The suspect approached a police officer and it was clear to the officer he was drunk. He was taken to the hospital after he was arrested for drunk driving and he was given something to render him unconscious. Although the police officer attempted to communicate with the suspect, when it became clear that he couldn’t he asked the nurse to take a blood draw to assess his BAC.

When preparing for court for his DUI charge, the suspect filed a motion to suppress his blood evidence on the basis that his Fourth Amendment rights were violated. That motion was granted, and after the case went all the way to the Supreme Court, it was decided that police officers cannot ask for a blood draw from an unconscious suspect.

A ruling of this type may make it harder for police to do their job, but even without the ability to draw blood from an unconscious suspect, police will still be able to successfully prosecute drunk drivers in the state of Pennsylvania.