Friday Fallout: A Breathalyzer Is The Way To Stop Teen Drunk Driving

You are here: Home / General Information / Friday Fallout: A Breathalyzer Is The Way To Stop Teen Drunk Driving
June 16, 2017 by Matt Talley 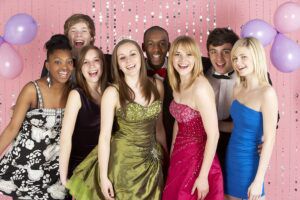 If you ask a parent how to stop teen drunk driving, they’ll tell you there are no easy answers. Each teen makes up their own mind and will make their own decision on what to do when in a situation where there’s alcohol, and all a parent can do is hope they’ve given their teen enough information and support to make the right choice.

But school officials want to go one step further and make sure that teen drunk driving doesn’t happen on their watch, and that’s one of the reasons why you’re starting to see more and more high schools require teens to blow into a breathalyzer before they’re admitted to events like prom.

Several high schools in Texas have begun requiring breathalyzers at the door of voluntary events like prom and homecoming, and although there has been some controversy over doing so in the past, it’s starting to become the norm to see a police officer, with breathalyzer in hand, at the door of the dance.

Teens have been attending events like Prom and Homecoming for years, so why are school administrators now taking the steps to detect any trace of alcohol in students? Every school has their own reasons, but it may just come down to zero tolerance and the potential danger of any underage drinker having access to alcohol.

Even one glass of alcohol, drank before or during Prom, can affect a teen’s driving skills. While that teen may appear to be fine to school administrators, if she or he has been drinking and then gets in a car after, something tragic could easily happen. The only way to really tell if someone has been drinking prior to the event is to assess them with a breathalyzer.

Teen binge drinking can be deadly, and if students are left at a large event with alcohol, one drink can easily lead to another and another. Drinking a large amount of alcohol in a short amount of time can end in alcohol poisoning or worse, death.

Underage drinking can easily lead to teen drunk driving and teen binge drinking, and that’s something Texas high schools are actively trying to prevent this prom season. It might seem as though having a police officer with a breathalyzer is an extreme way to achieve that goal, but with so many lives lost to drunk driving, sometimes extreme is the only way to go.