Can You Get Around The Implied Consent Law In Georgia?

You are here: Home / Law / Can You Get Around The Implied Consent Law In Georgia?
November 17, 2017 by Matt Talley 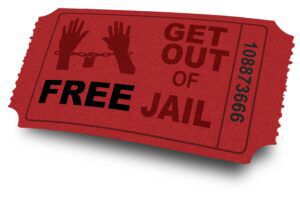 Most states have an implied consent law. That law means that, by accepting a driver’s license in your state, you agree to comply with police if they suspect you of drunk driving. This compliance may also mean you submit to a breathalyzer test upon request, and if you don’t, you could be charged for that refusal.

Although the implied consent law still stands, the Supreme Court of Georgia has recently made a new ruling on submitting to breathalyzers in the state — a person’s refusal to submit to a breathalyzer test can no longer be used as evidence again them in criminal court cases.

Now if a police officer pulls you over and suspects you of drunk driving in Georgia, he or she must now provide you with an implied consent warning. The warning instructs you of what implied consent law is and what will happen to you if you refuse.

Police may then ask you to submit to a breathalyzer. Because the breathalyzer is a voluntary test, you are able to refuse before and after arrest and the refusal cannot be held against you in a criminal court case.

The ruling came because the Supreme Court Justices of Georgia believed taking a breathalyzer test is comparative to making self-incriminating statements, and you shouldn’t be penalized within the criminal court system for the refusal.

Drunk driving offenders in Georgia may consider this to be good news, but this ruling isn’t a get-out-of-DUI-free card. Even if it can’t be held against you in a criminal court, refusing the breathalyzer can still end with you receiving the civil penalty of a one year driver’s license suspension. If you refuse the breathalyzer more than once, you could lose your driver’s license for three years.

Any way you look at it, refusing the breathalyzer doesn’t end in winning situation for the driver. Neither does drunk driving, so if you’d like to avoid situations where you’re asked to submit to a blood alcohol check, just don’t drink and drive.