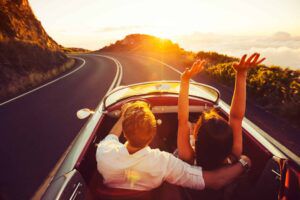 It’s summer, and while you’re enjoying the balmy weather and fun that summer brings, you might want to keep something in mind. Police are in the midst of something they like to call a DUI crackdown, and they’re out in full force looking for summer drunk drivers.

Here are just a few of the police patrols taking part in the summer DUI crackdown.

From Aspen to Boulder City, the Colorado Department of Transportation, Colorado State Patrol, and the Colorado police are working together for a DUI crackdown they’re calling the “Heat is on” summer blitz. Because the summer months have the highest number of drunk drivers and drunk driving crashes, Colorado police are setting up extra checkpoints and have extra police officers out there for saturation patrols, and they’re ready and waiting for summer drunk drivers.

In Texas police consider May 25th to be the beginning of what’s known as the 100 deadliest days of summer. Because of the number of drivers on the road and in the water, there’s an increase in drunk driving crashes both on and off the water. To put the brakes on, Texas police are putting on more “No Refusal checkpoints” and saturating the roads with patrols.

In Florida every day is summer, so the DUI crackdowns don’t just happen in the June, July, and August: they happen all year long. In some counties police will form patrol groups that call themselves  DUI Wolf Pack, and they hit the road as a group in the early evening and stay out until 5 am, popping up in surprise locations to nab the most amount of drunk drivers they can.

These are just three of the summer DUI crackdowns you’ll see out on the roads in the USA, and just because your state isn’t listed doesn’t mean they aren’t out there. Be aware this summer, stay safe, and if you drink, don’t drive.

Nevada All Offender Ignition Interlock Law On The Way
Next Post: DUI In California? You Can Go To Jail Without Crashing