He Was Slurring Words Because Of Wisdom Teeth, Not Drunk Driving

You are here: Home / Offbeat / He Was Slurring Words Because Of Wisdom Teeth, Not Drunk Driving
October 6, 2016 by Matt Talley 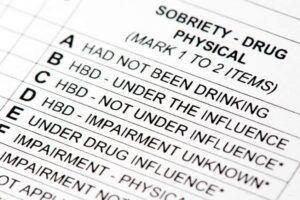 Florida police have heard every excuse in the book when it comes to drunk driving. The state is routinely ranked as one of the worst states for drunk drivers, and there have been cases involving everyone from a naked drunk driver to a recent case where the drunk driver in question told police his dentist was to blame for the condition he was in.

Michael Reyna of Fellsmere, Florida was pulled over by police early one morning because he was spotted speeding. When the police officer asked him for proof of insurance and his driver’s license, he tried to produce credit cards and the owner’s manual for his truck.

The officer asked him to perform field sobriety tests and he said he couldn’t as he had been shot in the leg a few years previous, but he could have said almost anything because the officer noted it was really difficult to understand him. His speech was so slurred he was having trouble answering simple questions.

When asked why his speech was slurred, he explained that he’d just had his wisdom teeth out. Upon further inquiry by the police officer, it was revealed that his dentist appointment had actually been twenty years ago. That could be a record for the longest time it takes for Novocain to wear off, but the police officer didn’t buy it given that he also had blood shot, glassy eyes and he smelt of alcohol.

Reyna was arrested on a charge of driving under the influence (DUI) in Florida. That charges comes with jail time up to nine months, a driver’s license suspension of 180 days to one year, fines up to $2,000, and the possibility of an ignition interlock.

Blaming it on the dentist is just one more excuse in a long list of excuses Florida police have heard from drunk drivers. If you don’t want to suffer drunk driving penalties, it’s pretty simple to avoid: just don’t drink and drive.