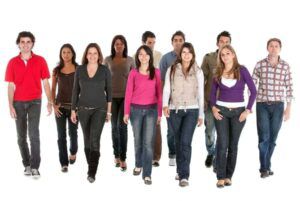 Even in this day and age of tablet computers and smart phones, scanning your brain for information about what type of person you’ll be or what sort of behavior you could exhibit in the future is still something you might only see on a Sci-Fi show. But a study from the University of Vermont is actually doing just that, and the research has resulted in some interesting predictions about teen binge drinking. It’s been called an ‘epidemic’ by the Centers for Disease Control (CDC), and it can lead to other risky behaviors like drinking and driving, problems in school, and is the cause of death for over 4,300 teens annually.

Neuroscientists crunched the data from thousands of teen brain assessments and found they could predict with 70% accuracy which teens would become a binge drinker in the future. The study followed teens from 14-years-old until they were 19, and each participant took a 10-hour assessment exam, had their brain activity and IQ evaluated, and submitted to blood tests. The researchers assessed their genes and 40 other variables to predict who would binge drink, and they found they were able to predict alcohol abuse as early as age 16 and the predictions of drinking held until the final assessment at 19 years of age.

In combination with the brain scans, the researchers found the best predictors of future binge drinking were personality traits like thrill seeking, whether the teen had experienced stressful life events, and whether the teen had a family history of drug or alcohol abuse. Using these scans to predict future behavior opens the door for neuroscientists to study how substance abuse develops over time and identify the risk factors that contribute to it.

Reducing teen drinking has become one of the main concerns for groups like Mothers Against Drunk Driving (MADD) and the CDC, and that’s why these types of studies are so important. It’s almost impossible to reach out and spread the message to all teens on the dangers of binge drinking, and it’s not enough to wait idly by while teens potentially drink themselves to death without being aware of the consequences. By predicting the specific behaviors leading to teen binge drinking, the groups of teens most at risk may be able to be targeted for special assistance.

Most Drugged Drivers Are How Old?
Next Post: Binge Drinking 4th Leading Killer In USA