What’s The Real Cost Of A DUI? Read This Before Your Next Night Out

You are here: Home / General Information / What’s The Real Cost Of A DUI? Read This Before Your Next Night Out
March 9, 2016 by Matt Talley 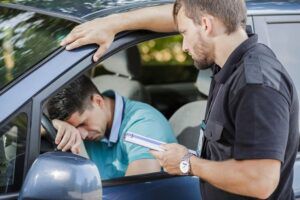 It seems incredible that having a few drinks and then driving could end up costing that much, but there are a lot of different fees you’ll incur after you’re convicted of DUI. Here are a few different ways the cost of a DUI really hits you.

Depending on what state you’re arrested in, how many previous DUI arrests you have, and what the judge says when you first appear after your arrest, you may have to pay a bond to be released. That bond can cost you up to $2,000, and you’ll have to pay at least 10% before you are released.

If you want legal advice or representation, you’ll need to find an attorney to support you during your DUI court appearances or if you go to trail. If you plead guilty and it’s all wrapped up quickly, it might only cost you $1,000. If you go to trial, your legal fees could be in the thousands.

Most DUI charges include a court ordered fine. In California a first offender will pay up to $1,000. Arizona only has a $250 fine for a first offense, and Florida makes offenders pay not more than $1,000 for a first DUI.

Cost of an ignition interlock

Costs vary depending on your state so there are no hard and fast numbers for each and every drunk driver, but you can expect to pay an installation fee plus other fees for the duration of your ignition interlock program. Programs usually last 6 months to one year for first time offenders.

Reinstatement of your driver’s license

Just like ignition interlock fees, license reinstatement fees vary by state, but they could run you over $500.

When you add it all up, the cost of a DUI doesn’t really makes drinking and driving that appealing. The next time you’ve had a few drinks and you’re considering just risking it all and trying to drive home, you might want to consider how much it could run you if you were stopped for DUI. Just the thought of it could sober you up in a hurry.

Victims of Drinking And Driving In Maryland May Be Able To Sue
Next Post: One Man, Five Minutes, Three Drunk Driving Crashes