Will Affluenza Teen Influence Underage Drinking And Driving In Texas?

You are here: Home / News / Will Affluenza Teen Influence Underage Drinking And Driving In Texas?
January 22, 2016 by Matt Talley 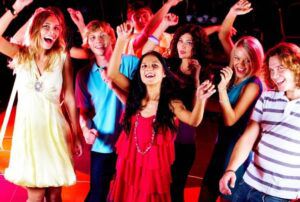 Unless you have no access to Internet or television, you’ve probably heard of the Affluenza teen by now. Ethan Couch was drinking and driving in Texas at age 16 when he crossed the centerline of a highway and slammed straight into a group of people near a vehicle parked on the side of the road. He had a blood alcohol concentration of .24, and he killed four people in the collision and two of his passengers suffered serious injury.

Affluenza, otherwise known as an inability to take responsibility for your actions because you were brought up in a life of privilege, was the defense used by Couch’s attorney, and it resulted in him receiving 10 years probation and a stint in residential rehab instead of serious jail time.

People were outraged by his defense – “affluenza” does not appear in any psychiatric textbook – and even more so when he skipped out on a parole hearing after he was seeing playing beer pong in a video that surfaced on Twitter. That’s when he and his mother skipped the border into Mexico and hid out until they were discovered. She’s been brought back to face charges of assisting a felon, while he’s still in Mexico fighting deportation.

According to lawyers reviewing the case, the most Couch will end up serving is 120 days in prison. Because he was convicted in a juvenile court, they can’t bump him up to adult court simply because he’s almost 19.

This problem with this case isn’t just that a rich teen got off easy after killing several people: this is a case that can have serious consequences for other teen drivers who think drinking and driving in Texas or anywhere else is OK.

Teens can have a lot of role models, from celebrities to rock stars, and they crave notoriety in all shapes and forms. That means that some teens can look at someone like Couch, see him getting off with a slap on the wrist, and make the decision to drink and drive. After all, when you look at his case, the consequences don’t seem to be that big a deal, and the fame he’s received, however negative, will last a lifetime.

CES Unveils The Keurig For Booze
Next Post: With So Many Alcohol Related Crashes, Why Do People Still Drive Drunk?