Are You Eligible For DUI Expungement?

You are here: Home / General Information / Are You Eligible For DUI Expungement?
October 24, 2014 by Matt Talley 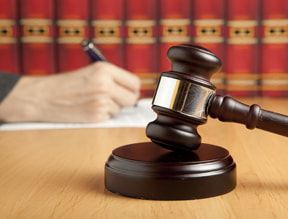 When you need to travel, apply for a job, or even get a loan for a house, you don’t want to have any obstacles standing in your way. Background checks are standard for potential employers, landlords from who you might rent a home, or a bank who you’d like to borrow money from, so if you have a criminal record as a result of a previous driving under the influence (DUI) conviction, you’re going to have trouble with everything from getting a new job to crossing the border into another country.

That’s where DUI expungement comes in. When a court order is made to expunge a criminal record, that conviction is removed so it won’t appear on your background checks. The only thing to keep in mind after you’ve had your DUI expunged is that the record won’t be completely erased. If you receive another DUI and police or court officials would like to review your record, that prior conviction will still appear.

Not everyone is eligible to receive a DUI expungement. The eligibility for an expungement depends on your state, and it includes but is not limited to the following:

If you’d like to apply for a DUI expungement, you’ll need to keep your record clean, and that includes DUIs and any other criminal activity. If you have an attorney, they’ll need a copy of your criminal record to take before a judge to review your case.

It’s a mistake to drink and drive, and a driving under the influence conviction can haunt you for years to come. Think of the consequences before you pick up your keys, and make the right decision to call a sober driver or take a cab.

Previous Post: « Driving With A BAC Of .322? This Woman Needs A Car Breathalyzer
Next Post: Crashing In Colorado? An Ignition Interlock Will Be Waiting For You