Drunk Driving Charge In Colorado? Sign Up For The Breathalyzer Program

You are here: Home / General Information / Drunk Driving Charge In Colorado? Sign Up For The Breathalyzer Program
August 7, 2017 by Matt Talley 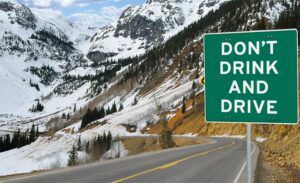 It’s not an absolute given that a first-time drunk driver will go on to receive another drunk driving charge, but as police and Mothers Against Drunk Driving (MADD) have discovered over the past 20 years, once they’ve had one charge it’s much more  likely they will receive another.

Reducing drunk driving recidivism is one of the reasons why MADD came out in full support of ignition interlocks for all offenders in every state, and since they’ve made interlocks a part of their main mandate, they’ve lobbied in all states who have an interlock bill on the table.

Colorado passed their own all offender ignition interlock law in 2009, and since that time they’ve cracked down hard on their drunk drivers. Now, as part of their continuing efforts to reduce the number of drunk drivers on the roads, the Colorado Department of Transportation (CDOT) has launched a program they’re hoping will lend an extra helping hand.

CDOT is asking first time offenders who have received a drunk driving charge to use a smartphone breathalyzer, and in doing so they’d like to see if having that breathalyzer in their possession will reduce the likelihood that the offender will receive another charge.

This isn’t a new program in Colorado. It’s actually been around since 2015 when CDOT asked over 200 people to use a smartphone breathalyzer and tracked their behavior. After using it for a summer 84% of the people said that it reduced their risk of receiving a drunk driving charge, so CDOT adapted the program for first time drunk driving offenders.

Colorado is doing a great job preventing these people from re-offending by focusing on proven methods like ignition interlocks, and there’s no harm in trying experimental programs like one. Anything that stops a first offender from becoming a repeat offender is a good thing, and Colorado is taking the extra steps required to keep their offenders stay on the straight and narrow.

Friday Fallout: Popped Five Viagra Only Got A DUI
Next Post: This Is Not The Way To Avoid A Golf Cart DUI