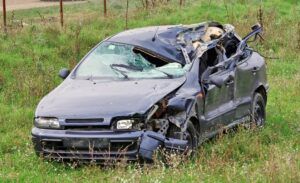 There’s a reason why repeat drunk drivers receive harsh penalties – each time they get behind the wheel it becomes more and more likely they could injure or kill themselves or someone else.

Case in point? A suspected Colorado drunk driver with eight prior driving under the influence (DUI) arrests was involved in a two-vehicle crash recently that took his life and the lives of an entire family. The truck he was driving crossed the center line and plowed into a Honda minivan, and out of the 5 people involved, only one survived.

It’s a tragic outcome that happens all too often because of repeat offenders, and it’s a case that should stand out when lawmakers sit down and take a look at repeat offender laws in Colorado. The current law states that if you have 3 or more DUI or driving while ability impaired (DWAI) convictions in the state, you’ll receive up to one year in prison, pay fines up to $1,500, lose your driver’s license for 2 years, and be required to install an ignition interlock device.

In contrast, states like Florida with even harsher repeat offender laws will send offenders to jail for up to 5 years if the offense occur with a 10 year period, they will have their vehicle impounded for 90 days, and for a fourth conviction, they will lose their license permanently with no hope of receiving a hardship license.

More and more states are signing all offender ignition interlock bills to stop first offenders from becoming repeat offenders, and it’s working – statistics show that ignition interlock devices reduce the likelihood that drunk drivers will drive intoxicated again by 67%. That’s a lot of potential lives saved, all because the power of choice is taken away from someone who constantly makes the decision to drink and drive.

This Week In Crazy DUI Stories
Next Post: How Can You Bypass Your Ignition Interlock?