Are Ignition Interlocks Finally Going To Happen In Ohio?

You are here: Home / Law / Are Ignition Interlocks Finally Going To Happen In Ohio?
December 14, 2016 by Matt Talley 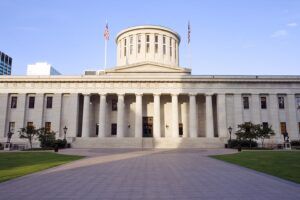 Driver’s license suspension or ignition interlocks? States debate which one to use to stop drunk drivers, and both have supporters.
But if you look at driver’s license suspensions as the only means to stop a drunk driver, you’ll come up short in many ways. A driver’s license suspension relies on the driver to make a conscious choice not to get behind the wheel of a car at all during their time of suspension, and because there’s always the possibility of not getting caught, a lot of people opt to just keep on driving. Mothers Against Drunk Driving (MADD) knows this, and they estimate that between fifty and seventy five percent of convicted drunk drivers will skip their suspensions.
That’s why some lawmakers push for ignition interlocks instead of just driver’s license suspensions, and no state has been pushing harder as of late than Ohio. Over the past few years HB 388 or Annie’s Law, named for lawyer Annie Rooney who was killed by a drunk driver in Ohio, has seen it’s fair share of stops and starts. Now that it hit the floor for a hearing on November 22nd and is expected to be discussed several more times this year, it’s starting to look like ignition interlocks could be a go for Ohio in the new year.
If Ohio operating vehicle impaired (OVI) laws change to incorporate ignition interlocks, you can guarantee that OVI rates will start to drop. Instead of having judges offer drunk drivers restricted driving privileges to get to and from work or school, the new law would offer first time drunk driving offenders unlimited driving privileges if they install an ignition interlock.
If the drunk driver installs an ignition interlock, any choice of whether or not to drive on a suspended license or whether or not to drive sober is taken away.  Life goes on the same way it always has thanks to the ignition interlock, and the offender can go anywhere as long as they drive alcohol-free. That sounds like a pretty good deal for the convicted drunk driver, and an even better deal for the drivers on the roads with them in Ohio.
Category: LawTag: Ignition Interlock, Ohio

What Can Happen When You Drink And Drive? More Than You Can Imagine
Next Post: Annie’s Law Passes: Ohio, Here Comes Your Ignition Interlock Law