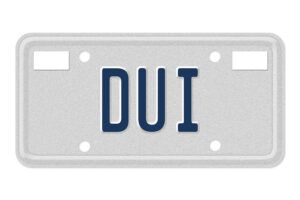 After a three-year study, Mothers Against Drunk Driving (MADD) has come out hard against South Carolina DUI penalties. Long story short, the organization doesn’t believe they are harsh enough to deter drunk drivers, and that the increase in drunk and drugged drivers on the roads is due to the fact that it’s all too easy to avoid a DUI conviction in the state.

To compile the report MADD volunteers sat in on South Carolina DUI court cases, and they put together data that showed a few alarming issues:

Pleading to a lesser offense or taking a deal in a DUI case means that some offenders are avoiding the penalties designed to stop them from drunk driving, and the biggest penalty they are avoiding are ignition interlocks.

Dash cams should be used as evidence

According to Emma’s Law, passed in 2014, any offender arrested with a blood alcohol concentration (BAC) of 0.15 or higher will be required to use an interlock for six months. What South Carolina needs is an all offender law that ensures every offender, even someone convicted with a .08 BAC, is required to use an ignition interlock for at least one year.

MADD supports victims and the families of victims after a drunk driving crash, and after three years in various court rooms they would definitely have a good handle on what’s stopping the conviction of possible DUI suspects. South Carolina legislators would do well to take this study into account when making decisions on whether or not it’s time to revise South Carolina DUI penalties.

You Just Don’t Want A Drunk Driving Charge When Your Kids Are Along
Next Post: Florida Woman Reports Drunk Driver, Gets Crashed Into Herself