Have You Ever Seen A Police Officer Use An Ignition Interlock?

You are here: Home / General Information / Have You Ever Seen A Police Officer Use An Ignition Interlock?
November 8, 2016 by Matt Talley 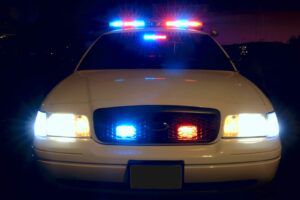 There’s a reason why you’ve never seen a police officer with an ignition interlock in the patrol car. Besides the fact that police officers definitely aren’t arrested for drunk driving every day, there’s also the fact that the officer would be suspended from the job before he or she would be allowed to drive a squad car with a restricted license and an ignition interlock.

Although it’s uncommon, it’s not completely unheard of for police officers to be arrested for drunk driving. Take a  St.Petersburg, Florida deputy for example: he’s currently facing drunk driving charges because he was found asleep behind the wheel of his personal car. No, he wasn’t actually driving at the time, but in Florida if you’re considered to be in physical control of her vehicle and you’re over the legal blood alcohol limit, you can be charged with drunk driving.

In addition to being in physical control of his vehicle while drunk, the officer refused to submit to a breathalyzer test and it was his second drunk driving charge. The fact that he refused to submit to a breathalyzer means his driver’s license is automatically suspended for one year, and because it’s his second drunk driving charge, he’s also required to pay the price of a repeat offender in Florida.

That means he’ll pay fines up to $4,000, spend up to one year in jail, and he’ll lose his license for up to five years. If he installs an ignition interlock in his personal vehicle, he’ll be able to drive again after one year.

You don’t normally see a police officer arrested for drunk driving, but just because it doesn’t happen very often doesn’t mean it doesn’t happen. Sometimes they make the wrong choice too, and that choice can lead to the same penalties everyone else faces.