The Battle Against Drugged Driving Is On In Every State

You are here: Home / General Information / The Battle Against Drugged Driving Is On In Every State
September 20, 2017 by Matt Talley 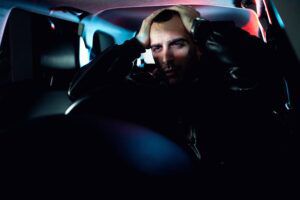 Although a few states have legalized marijuana, the battle against drugged driving is still in the early stage. Unlike drunk driving,  drugged driving is hard to detect and may be even harder to prosecute. One reason why is that there is no defined testing device like a breathalyzer to use to test suspected drugged drivers.

What’s not hard to detect is that there are too many drugged drivers on the roads. One reason is that some myths that used to be used to justify drunk driving have been adopted by drug users.

It’s OK to drive while high

Buzzed and drugged driving is OK, just as long as I’m not too high or too drunk

Just like there’s no safe amount of alcohol you can drink before driving, there’s no safe amount of marijuana you can consume either. One of the reasons why Utah changed the legal blood alcohol limit to .05 instead of the standard .08 is because legislators know that having any amount of alcohol in your blood stream is dangerous. Even one glass of wine or beer can affect your hand eye coordination, vision, and motor skills.

The same rule applies for marijuana use, and even if you don’t hit the legal THC limit of 5 nanograms, you still could be affected enough that you shouldn’t be driving a vehicle.

Legalization of marijuana will most likely come to all states, and that’s why myths like these need to be busted long before drugged drivers clog the roads. Just like fighting back against drunk driving, it’s going to be public education that really works to stop these drivers.

Florida Woman Reports Drunk Driver, Gets Crashed Into Herself
Next Post: After DUI crash, Victim Has A Bittersweet Ending