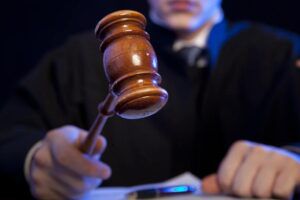 The state of Utah has shown that it’s serious about stopping drunk drivers, and it’s taken some huge steps over the past year to prove it. Out of those steps, the biggest happened when Utah DUI laws changed to allow for a new legal blood alcohol concentration (BAC). It moved to .05 instead of the standard .08.

The Utah Supreme Court has now taken another step by passing a ruling anyone charged with a Utah DUI causing injury or death should pay attention to. Thomas Ainsworth, a 61-year-old man, was driving on Christmas Eve when he crashed into a family’s vehicle. He killed an 18-month-old child and injured his brother and parents.

He said he was reaching for a cellphone at the time of the crash, but after he was arrested he tested positive for both THC and methamphetamine. He pleaded guilty to operating a vehicle and negligently causing injury or death, and he was sentenced to three consecutive prison terms, with one giving him 15 years in prison.

But that’s not the end of this Utah DUI story. He appealed that sentence and it was sent to the Utah Court of Appeals. He felt as though he was given a harsher sentence than someone convicted of a lesser offense, and he also felt as though the consecutive sentences were too much for the crime.

He used the Utah Automobile Homicide Statute and the DUI With Serious Injury Statute to argue that, if someone else had caused a crash like he did, they would have only been charged with a third-degree felony and he was charged with a second-degree felony. The Court of Appeals agreed with him.

The case went to the Utah Supreme Court, and they disagreed with Ainsworth. Long story short, his original prison sentence was reinstated. Now, after arguing for a shorter sentence and no consecutive prison terms, Ainsworth is going to serve his original sentence of up to 45 years in prison.

Because this case involved a lot of legal arguments, it’s all too easy to lose sight of the fact that it happened because someone drove under the influence and killed a toddler. At the end of the day, justice for this family is all that matters, and it’s good to see Utah DUI laws hold this person accountable.

He Ordered The Hashbrowns, Got Charged With Drunk Driving Instead
Next Post: Office Moved To Tears After New Mexico DWI Stop