The Difference Between Wet reckless And DUI

You are here: Home / Law / The Difference Between Wet reckless And DUI
July 25, 2016 by Editorial Staff 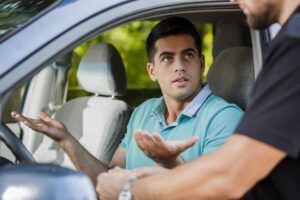 If you drink, drive, get stopped, and are found to be under the influence of alcohol or drugs, you’re going to be charged with a crime. What that specific charge may be is decided by law enforcement, the local prosecutor, and which state you live in.

Unless you’re in the know when it comes to drunk driving law and terminology, the term Wet Reckless might not automatically make you think of a drunk driving charge. In very basic terms, it’s defined as reckless driving involving alcohol.

It’s a term that’s often used when its time to charge someone with driving under the influence (DUI), and generally only comes into play when a prosecutor sees the potential for some weaknesses in the case at court time. Maybe you only failed one field sobriety test or your blood alcohol concentration was 0.799; in these cases a Wet Reckless charge could apply and the prosecuting attorney may offer you a plea bargain.

While a first DUI may appear on your driving record in the form of a misdemeanor, a Wet Reckless appears as a “prior”. That means if you’re stopped for another DUI within a ten-year period you could be charged as a repeat offender because the Wet Reckless would be your first DUI.

Depending on where you receive your charge you could pay fines, receive probation, and in some states, you may lose your driver’s license. You may also have to pay higher insurance rates because insurance companies might also view a Wet Reckless in the same way they do a DUI.

If you’re being charged with Wet Reckless and you’re not sure how to proceed, contact a lawyer. They’ll know the ins and outs of the charge and how the penalties vary in your state. If you want to avoid any kind of DUI charge altogether, it’s even more simple: don’t drink and drive.