Worst Ever? Florida Drunk Driver Strikes Children Getting Off Bus

You are here: Home / News / Worst Ever? Florida Drunk Driver Strikes Children Getting Off Bus
May 12, 2017 by Matt Talley 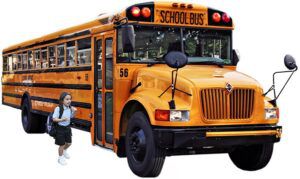 Every single day in every city and town in the USA, parents trust that their kids will get home safely from school. Sometimes these kids walk home, others are picked up by car pool, but the overwhelming majority take a school bus home. More often than not that school bus driver will deliver them to their stop and they’ll walk home with no issues, but thanks to the recent actions of a Florida drunk driver, a few Polk County children didn’t make it home from school.

Just as five middle-school aged children were getting off of their school bus in Poinciana, a Florida drunk driver crashed right into them. Once he hit the children he drove away, and that’s when he hit a stopped car driven by a pregnant woman. Thankfully she wasn’t seriously injured, but the children he left behind were. Because of that Florida drunk driver one thirteen-year-old boy is dead and another suffered serious injuries and is currently in the hospital. The other children that were hit were treated and released.

Incredibly the driver, John Luster Camfield, is former law enforcement. Police said when he was finally stopped and arrested he said, ‘Give me some respect, I’m a law enforcement officer.’ But law enforcement who follow Florida drunk driving laws don’t normally drink and drive, and this former officer had a blood alcohol concentration (BAC) of .147 when it was taken seven hours after the crash. That’s almost double the legal limit of .08, and with seven hours between crash and arrest, his body had a long time to metabolize the alcohol, and that means it was much higher when he crashed.

This crash reinforces the need for all Florida drunk drivers to drive with an ignition interlock upon conviction. There’s a bill that’s currently making its way through Florida Legislature, and if passed it will require all-offenders in Florida to drive with an interlock.

If a driver is prevented from driving drunk by an interlock after his or her first arrest, that prevention would make them less likely to choose to drink and drive again. Florida needs that prevention to stop tragedies like this from happening, and doesn’t every kid have the right to know they are safe to walk off the school bus?

Texas Could Process Drunk Drivers Faster Using New Tech
Next Post: Your Uber Designated Driver May Have Been Drunk, And Now They’ll Pay