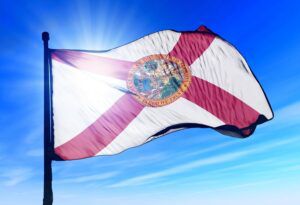 It doesn’t matter what sunny city you live in; Florida drunk driving touches every corner of the state. Although local lawmakers only have to compare statistics with states like Arizona to see how significant the drunk driving problem is, they still haven’t passed an all offender ignition interlock law.

But there’s good news for safe drivers in St.Petersburg, Florida: if you drink and drive in that city, you’re going to pay a stiffer price than you would in any other city in the state. Just this month the city council passed a new ordinance that gives police officers more power over penalizing drunk drivers.

Instead of just leaving the fines up to the local DMV, St.Petersburg police officers will be able to issue a $500 fine to anyone who is arrested for drunk or drugged driving. That fine will come in addition to costs that Florida drunk driving offenders pay for towing and impound. When collected, the funds collected will go to the city, not the police department. This new ordinance will take effect on October 12th with police officers able to begin issuing the fine as of November 10th.

Why an extra fine on top of all of the fines that people in Florida pay for drunk driving? It’s just one more way that the police in St.Petersburg are cracking down on their drunk drivers, and judging from the numbers of DUI arrests in the city, it’s not a moment too soon. So far this year St.Petersburg police have arrested 445 drunk drivers, and that number could soon be up over last year’s total of 469 arrests.

It’s a unique tact for tackling the problem of Florida drunk driving, and it may be enough to deter some people who would potentially drive drunk. Unfortunately it won’t stop those chronic repeat offenders who are already caught and convicted of drunk driving. The only thing that can stop those drivers are ignition interlocks.

Why Force Ignition Interlock Compliance? When You Don’t, This Happens
Next Post: No Plea Deal For Offender Charged With His Ninth Wisconsin OWI