There Were Quite A Few Strange DUIs In September

You are here: Home / Offbeat / There Were Quite A Few Strange DUIs In September
October 11, 2017 by Matt Talley 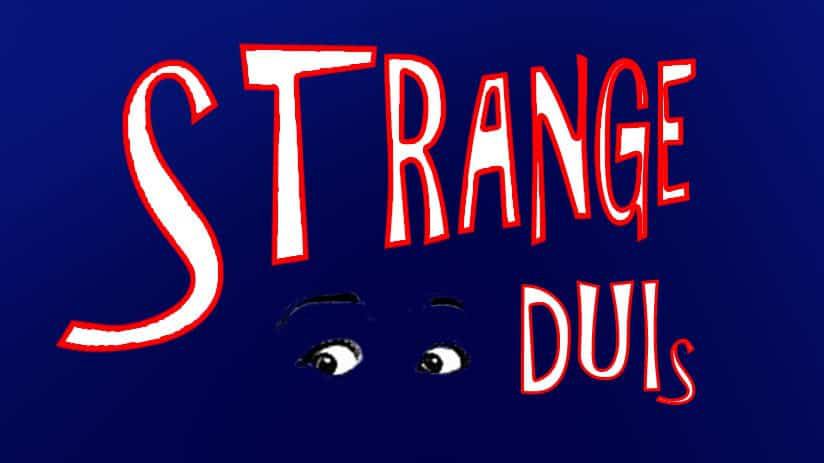 A lot can happen when you mix alcohol and driving, and over the past month there have been quite a few strange DUIs recorded on police blotters that really make you wonder what that driver was thinking.

What are the odds that someone would look at a street sweeper and decide it’s the perfect vehicle to take for a joyride? Unfortunately, one drunk driver in Raleigh, North Carolina made that decision and his fun ride ended in felony charge.

The man jumped on board the street sweeper when the driver was emptying trash cans at a local mall. He drove it around the mall parking lot, smashing into another vehicle, and was only stopped when he ran it over a median. The $50,000 vehicle was damaged and he was charged with felony larceny, DWI, and hit and run.

Shenanigans are great, but not when you’re driving

When you spot someone wearing a t-shirt that says “Beer + Beer = Shenanigans,” you know there’s a strong likelihood that their entire evening could easily go off the rails. That’s exactly what happened to the wearer of such a t-shirt in Sterling, Connecticut.

The man was pulled over by police after they saw him driving into the sidewalk with his vehicle, and he failed sobriety tests, had marijuana in his possession, and had a 12-inch machete in his car. He received a host of charges including operating under the influence of alcohol (OUI) and now has a court date. For his sake, let’s hope he chooses another t-shirt for his day in court.

Assault is no laughing matter; neither is drunk driving

Domestic assault isn’t anything to joke about, and after a St.Cloud, Minnesota woman called in a complaint about a domestic assault early one morning, police were on the scene quickly. They discovered that no such assault had taken place, and the woman who called it in was actually a drunk driver.

When police arrived and talked to her, she appeared to be under the influence. She said she’d had an argument with her husband and drove her vehicle home. Although she did exhibit injuries on her face, it turns out that she had fallen while she was walking and hurt her eye. Once she submitted to a breathalyzer test she blew double the legal limit, so police charged her with DWI.

These are just three examples of strange DUIs in September. Although each had a different ending, the main takeaway for everyone should be one thing: you can avoid your own strange DUI by handing the keys to a sober driver if you’ve been drinking.

Suspected Drunk Driver Crashes Into Amish Buggy In Minnesota
Next Post: Drugged Driving Up, But Arizona Drunk Drivers Still Come Out On Top